The Swalley Main Canal Piping Projects (Phases # 1-6 and a couple other smaller lateral projects) permanently restored ~43 cfs to the middle Deschutes River. That's over 10 billion gallons of water per year saved! To date, we have contracted the largest conserved water transfer project in the state of Oregon. Our projects have greatly improved streamflow and water quality for local fisheries and other aquatic habitat on the Deschutes River. The accompanying hydroelectric plant that we built in 2009-2010 (shown below) powers ~250 households and businesses in the Old-Mill District and Southern Crossing District of Bend, OR with low-impact, fish-friendly, green, renewable energy. The Deschutes River Conservancy, Energy Trust of Oregon, Farmers Conservation Alliance, Oregon Watershed Enhancement Board, DEQ, and many others are key partners in many of our major projects.

Swalley hydropower operations are incidental to on-farm water deliveries, so green, renewable electricity is only being created when we are delivering water to our water users. When people don't need irrigation water, renewable energy operations are ramped down. As an added benefit of owning and operating a hydro power plant, the District's operations are now carbon negative. 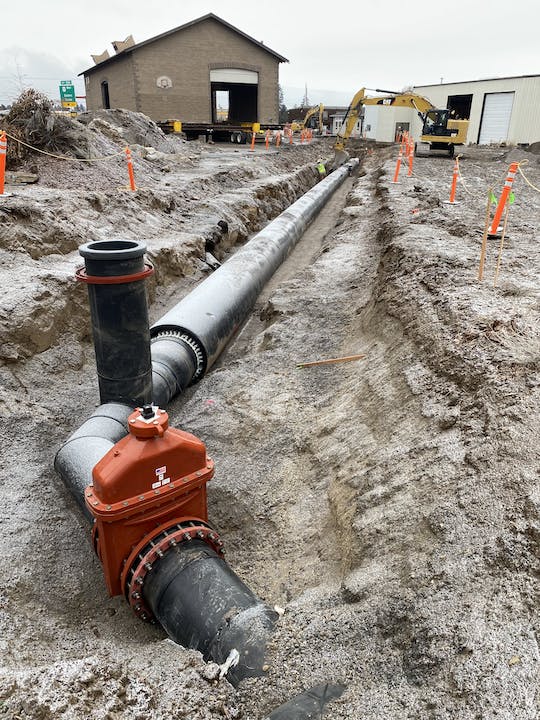 Piping our old, leaky canals is an ongoing effort here at Swalley. Every year we try to round up the funding and partnerships to put as much pipe as we can in the ground. Piping projects allow water…